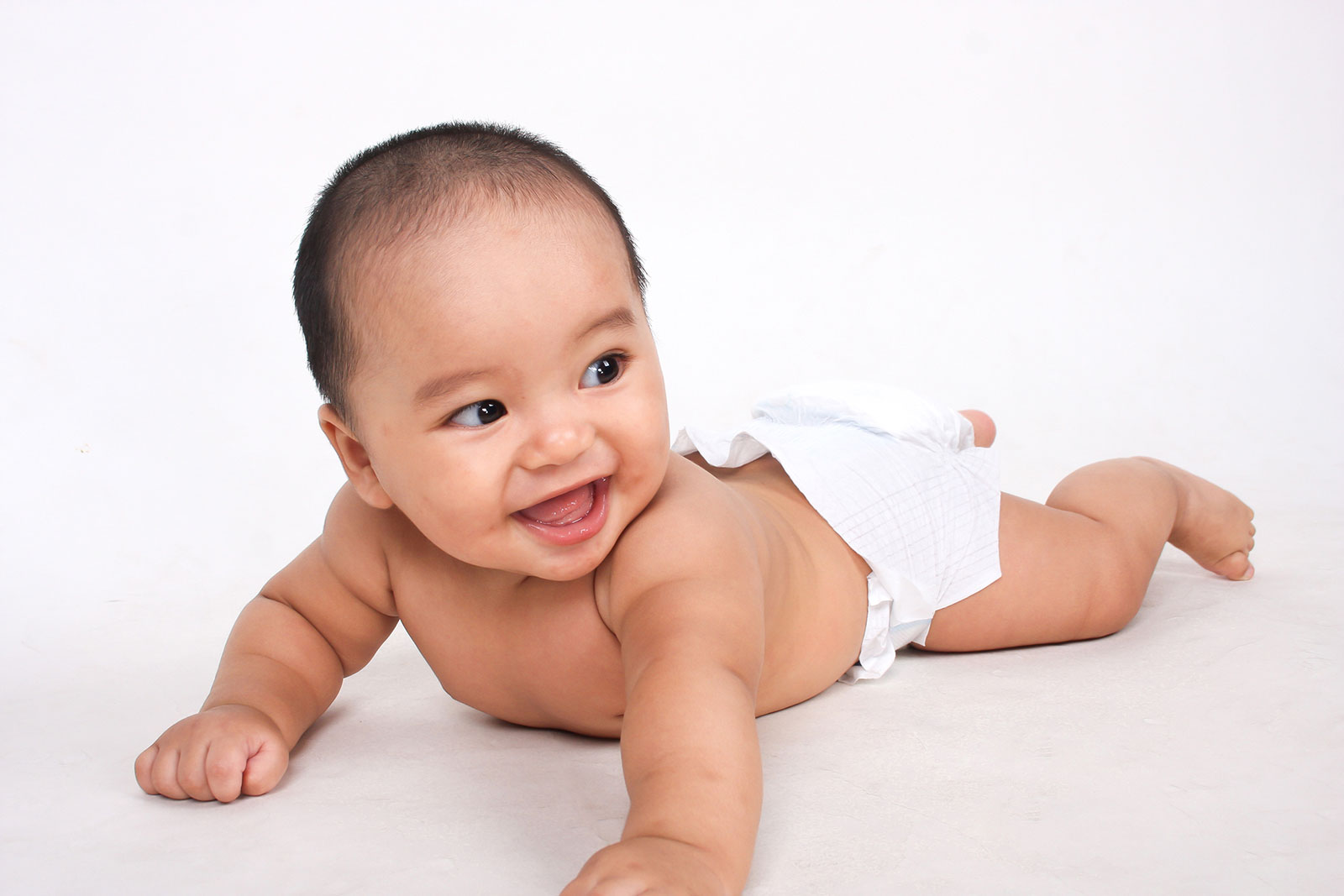 Historically, attitudes about breastfeeding have gone through ever-changing over the decades. The early 1900s were a time of significant change in America. Women were gaining more rights and responsibilities, and the country was evolving rapidly. One area that saw significant changes during this time was breastfeeding. In the early 1900s, most women breastfed their babies. It was seen as the best way to provide nutrition for a growing baby and was also considered a bonding experience between mother and child.

However, as more women entered the workforce and formula became more available, breastfeeding began to decline in popularity. In the 1960s, only about 25% of American women were breastfeeding their infants, and there are several reasons why breastfeeding declined in America during the 20th century. First, as women began working outside the home, so they had less time to breastfeed their babies. Second, formula became increasingly available and advertised as just as good as breast milk. Finally, many doctors began recommending formula over breast milk because it was believed to be easier for babies to digest.

There are numerous benefits of breastfeeding for both mothers and babies. Breastfeeding has been shown to reduce the risk of certain illnesses and diseases in both infants and mothers. It also provides bonding time between mother and child, which can help with weight loss after childbirth and saves money on formula and other baby food expenses.

One of the most important benefits of breastfeeding is reducing the risk of certain illnesses and diseases in both infants and mothers. For example, a 2017 study published in The Lancet found that "infants who were exclusively breastfed for at least six months had a lower risk of hospitalization due to lower respiratory tract infections than those who were not breastfed" (Munafo et al., 2017, p. 2). In addition, another 2017 study published in JAMA Pediatrics found that "compared with never having been breastfed, being breastfed for ≥6 months was associated with a 24% reduction in the odds of childhood overweight/obesity" (Li et al., 2017, p. 931).

It has also been shown that breastfeeding also provides bonding time between mother and child in addition to breastfeeding, reducing the risk of illness. When a mother breastfeeds her infant, she is physically close to them, and they are looking into each other's eyes (AAP & ACOG, 2012). This skin-to-skin contact has been shown to have positive effects on both the mother's emotional well-being and the infant's development. For example, a 2016 study published in Frontiers in Psychology found that "positive maternal emotions during early interactions with their full-term infants…were associated with more favorable outcomes in social-emotional functioning at three years old" (Feldman et al., 2016, p. 1). This shows that breastfeeding can positively affect an infant's development.

Another benefit of breastfeeding is that it can help with weight loss after childbirth. This is because nursing burns extra calories, which can help women lose pregnancy weight (AAP & ACOG, 2012). In addition, a 2015 study published in Obesity Reviews found that "women who Breastfeed are less likely to be obese later in life compared to those who do not Breastfeed" (Grube et al., 2015, p.). Thus, breastfeeding not only helps women lose weight immediately after childbirth but also decreases their chances of becoming obese later in life.

Finally, from a practical point of view, breastfeeding saves money on formula and other baby food expenses. Formula is expensive—a single tin can cost upwards of $30—and requires additional costs such as bottles and nipples (Abbott Nutrition Canada Inc., 2018). In contrast, breast milk is free once you have given birth (assuming you do not need to purchase any pumps or storage containers), making it more affordable for families. According to data from Statistics Canada collected from 2009-2010 Household Expenditure Survey, Canadian families spent an average of $356 per year on commercial baby food products alone - this does not account for costs related to purchasing formula or supplemental feedings (Statistics Canada 2013).

American households report even higher spending on average, $1128 annually just on commercially prepared baby foods - this number again does not include costs related to purchasing formula, which averages about $1200 per year according to a USA Today article (Source: "The high price tag attached To Having A Baby" By Elizabeth Weise).

When averaged out over time, though - starting at six months until 12 months old - US parents would spend nearly $6000 total if they opt for commercially prepared formulas, snacks, and meals instead of breastfeeding. As these numbers demonstrate - there are clear financial implications when deciding how best to feed your child during their first year, especially since exclusive breastfeeding rates among US moms hover around 25%, according to CDC's 2019 Breastfeeding Report Card.

As emotionally rewarding as breastfeeding can be for moms and very healthy for babies, there can be some issues that come up that may interfere with successful breastfeeding. While it is natural, it doesn't always come easy for all women. There can be pain involved, as well as difficulty getting the Baby to latch on correctly. Additionally, some medical conditions can make breastfeeding more difficult or even impossible. Here are some of the challenges that both mothers and babies can face when trying to breastfeed.

Pain: Many mothers experience pain when breastfeeding, especially in the early days. This is because women's nipples are not used to the stimulation and need time to toughen up. The best way to combat this pain is by using lanolin cream or nipple shields.

Additionally, during the "let down" or milk ejection reflex (a hormone-driven process that begins when the Baby suckles at the breast), many women experience a brief, but intense burning or tingling sensation. The "let down" process stimulates cells in the nipple to release Oxytocin, which causes the small muscles around each milk duct to contract and push milk towards the nipple. This is when women may experience pain. Over time, this pain subsides as a woman's body adjusts to the "let down" process.

Finally, a woman may experience pain in the early weeks after giving birth because nursing releases Oxytocin which helps muscle tissue of the uterus contract and prevents postpartum bleeding.

Engorgement: When a woman's milk comes in, she may experience engorgement, which means her breasts are full and hard. This can make it difficult for the Baby to latch on properly and can also be very painful for the mom. Applying warm compresses before nursing can help with this issue.

Mastitis: Mastitis is a condition where your breast becomes infected due to blocked milk ducts. Symptoms include fever, chills, fatigue, flu-like symptoms, and breast tenderness/pain. It's essential to see a doctor if a woman thinks she has mastitis so a doctor can prescribe antibiotics if necessary. Pumping or hand expressing milk from the affected breast can also help relieve pressure and pain.

Latching Issues: If a baby has trouble latching onto the nipple correctly, they will not get enough milk and may become fussy or dehydrated. This usually happens because they aren't positioned correctly or have tongue-tie. Try different positions until you find one that works best for both of you. You may also want to consult with a lactation consultant who can give you tips on how to get your Baby latched on correctly.

Digestive Issues: Some babies have trouble digesting breastmilk, which can lead to gas, bloating, spit-up, or diarrhea. If this is an issue for your Baby, talk with your pediatrician about what steps you should take. They may recommend switching formulas or adding probiotics into their diet.

Allergies: In rare cases, babies may be allergic to something in their mother's breastmilk (such as cow's milk protein), which can cause rashes, hives, vomiting, wheezing, or difficulty breathing. If a parent thinks a baby has an allergy, a woman should stop breastfeeding immediately and call 911 if they are having any respiratory difficulties.

Finally, for both a woman and her Baby, there are many psychological issues that can arise which can get in the way of healthy breastfeeding. There can be a sense of inadequacy for women if they cannot produce enough milk or if their Baby is not latching on correctly. There can also be a feeling of guilt if they have to supplement with formula or stop breastfeeding altogether. Then there is the stress of not really knowing if the Baby is getting to eat. This anxiety can create a negative feedback loop which may affect the amount of milk a woman produces for her Baby. Babies, too, can become frustrated if they are not getting enough milk and may cry or fuss more than usual. They may also have a hard time bonding due to their physical discomfort of not getting enough to eat.

Breastfeeding: Good for the Body and the Soul

It is well-known that breastfeeding has countless benefits for both mother and child. Breastfeeding provides essential nutrients and antibodies that help babies fight off infection and disease while also helping to reduce the risk of developing chronic conditions such as obesity and type 2 diabetes later in life. In addition to the physical benefits, breastfeeding also promotes bonding between mother and child and has been shown to have positive effects on a baby's emotional development. Studies have shown that babies who are breastfed tend to be more emotionally secure and independent than those who are not, likely due to the close physical contact and skin-to-skin contact involved in nursing. Nursing also helps mothers relax, which can lead to increased levels of Oxytocin (the "love hormone") in both mother and child, further promoting bonding. In fact, research suggests that the bond formed between mother and child during breastfeeding is so strong that it can actually help protect against postpartum depression. With so many short-term and long-lasting advantages, it is no wonder many women choose to breastfeed their babies in increasing numbers.